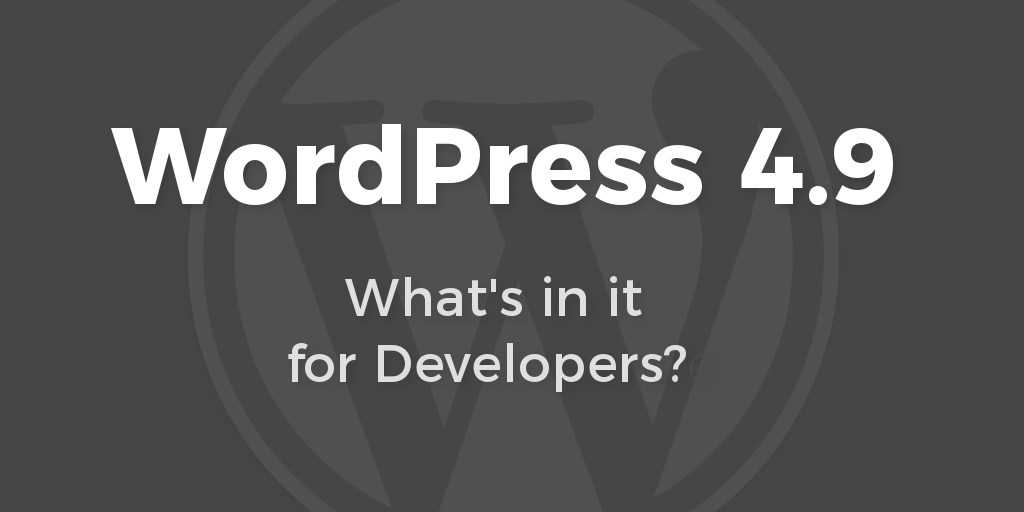 WordPress has released its 12th update for 2017, and it’s also the second minor version pushed out this year. WordPress 4.9 includes a lot for users. “Tipton” introduces changesets for theme customizations, previewing, and scheduling of theme customizer updates and code editing syntax highlighting, autocompletion, and error checking using CodeMirror. Finally, there’s a new Gallery widget and an “Add Media” button for the venerable text widget.1Days of hard-coding images into the text widget are seemingly over.

As usual with each new release, I look for improvements and additions for developers. Although there isn’t quite as much for developers in this specific version, there are a few key inclusions that I wanted to highlight.